The Books that Influenced Me

When I graduated from college in the 70s, graphic design academia was thoroughly entrenched in the International Typographic Style—or Swiss school. One of my professors was from and educated in Basel, Switzerland while another, though American born, was also thoroughly ensconced within the European aesthetic. My formal education was, therefore, highly structured around minimalist purity. I couldn’t use any typeface in college other than Univers, the sans serif typeface held in high esteem by all true Swiss designers.

While my education indoctrinated me to the formalities of the Swiss school, I also found myself attracted to other interests. I was familiar with the work of Milton Glaser at Push Pin,  who seemed to design most of the album jackets of musicians I liked. After the catalog of the 1970 Louvre exhibition, The Push Pin Style was published, I ordered a copy and poured over the work of Glaser and others. My favorite work in the book was Glaser’s comicstrip style poster called “Mozart Sneezes” for the Lincoln Center.

My professors were so doctrinaire about their preferences, I hid my copy of the obviously  non-Swiss-styled Push Pin book from their view. At the same time, I loved the simpliciaty, rationality and structured typography of the Swiss school. My textbook was Typographie: A Manual of Design written by the Swiss educator Emil Ruder. I was so absorbed by the principles of the book I also chose it for my textbook when I taught typography many decades later. 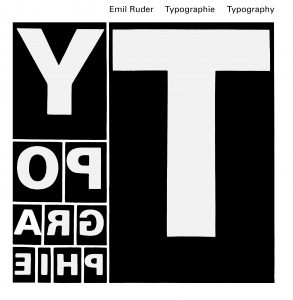 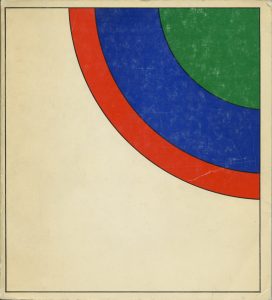 These two books have quite the contrasting viewpoints; Typogaphie is based on modernist principles while the postmodernist Push Pin Style seems to have defined much of my career’s work after graduation. I sometimes found myself designing for the same client, one time in a clean Swiss style and the next in some decorative motif full of complexity and ornament. For some reason, clients didn’t seem to respond to my stylistic shifts.

On the postmodern side, I was infatuated with Herb Lubalin’s Avant Garde typeface. The type style is full of decorative ligatures, just the opposite of the rationalist Univers type. Ligatures are combinations of two or more letters designed to work together and Avant Garde featured many of them. My senior year at the University of Utah I was the designer of the on-campus newspaper, The Daily Utah Chronicle. I designed the newspaper masthead and all of the column headings in Avant Garde Gothic, using as many ligatures as I could. 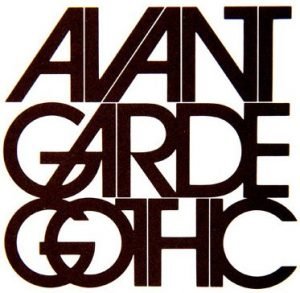 Not long thereafter, I created form systems and manuals for a multinational corporation based on uniform grids, a strict typographic hierarchy, and hairlines and rules that still define a modernist look for the organization 40 years later.

My students now can’t believe that I was limited to only one typeface in school. “It seems so limiting,” they say. In actuality, it was limiting, but strict parameters forced me to understand the complexity of typography, the relationships of size and weight, legibility, and comprehension. It’s easy to lose all those when you have unlimited choices. I owe my understanding of typography to my education and the opportunity to apply it early in my career.

New Wave graphic design eventually emerged as a postmodern reaction to the sterility of modernism, and I embraced it with abandon. Hand-drawn squiggles, Memphis-inspired bright colors, and neon photographic effects (all before Photoshop) made it into both my client and self-promotional work. It was a fun reaction to modernistic principles, allowing a degree of personal expression and spontaneity that no self-respecting modernist would certainly even consider.

My eclectic design career has left me with a portfolio that lacks easily identifiable characteristics. At the same time, my career has given me an appreciation and support, as both creative director and instructor, for uniquely different points of view that I encounter in the direction and supervision of others’ work.